An old African saying notes; "an old elephant knows where to find water.” But people who listen to African sayings don´t get far, and certainly don´t get rich. People on the black continent are presently prospecting for gold, copper, iron and any other mineral the earth can offer. Jacob Engel also joins the party. After 3 decades in which he built himself a real-estate empire and sold it without batting an eyelash, Engel is entering one of the most complex and profitable businesses in global economy: mining. About 3 years ago, just before his 60th birthday, the boy from Kiriat Motzkin – who lived in a rented shack – set himself new business challenges that would turn him into an international player. What´s cooking in his private group? 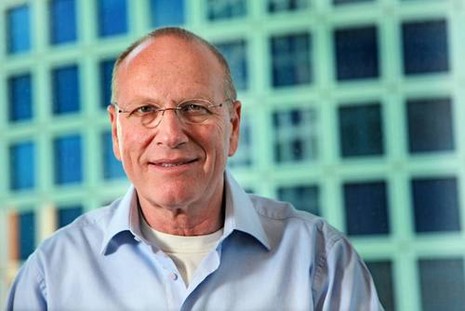 The things Engel did during the 3 years since he founded Engelinvest Group are hard to grasp in local business terms, even if one takes into account his impressive resume in real-estate. Winning the huge tender for mining iron ore in Liberia, Africa, last week is among the most important milestones in the Israeli business community. It is only part of Engel´s business activities – but presents imaginary figures, including over NIS 320 billion in expected revenue and almost NIS 100 billion profit for the company he owns within 20-25 years.

This giant transaction could easily bear the sticky label of "Israeli pride” in one of the afternoon news shows. However, the announcement of the win in the tender did not gain much attention and was swallowed up in newspaper pages and websites – in a period where gas and oil are the underground resources that sparkle more than gold, copper and iron.
Add to the Liberian transaction Engel´s gold and copper mining in Tanzania and his diverse real-estate operations in India, Vietnam and Russia – and one can say Engel is surely making his way to becoming one of Israel´s richest businessmen, if not the very richest. He doesn´t suffer from lack of cash today either: the attempt to follow his gains from real-estate operations in the past decades positions him right at the top when it comes to personal fortune, along with more familiar figures such as Itzhak Teshuva and Shari Arison.

Despite this, there is nothing about Engel that could reveal his bank account – he does not live a life of luxury, common among Israeli businessmen of his stature. He is a type of "anti-hero” when it comes to wealth, at least on the exterior: no private jet, no yacht, no cocktail parties, no cigar at the corner of his mouth or collector liquor bottles, only almost infuriating simplicity, talking at eye level – through small eyeglasses and a smile. A man of action, not talk – of the type that in Ashkenazi lingo would be called a mentsh ("upstanding person”).

In December 2008 the group completed the purchase of approximately 75% of the 72 copper and gold mines in Tanzania – spanning 9,000km2 and at an investment of tens of millions of dollars. At the same time, Engel purchase a license to mine chromium in Albania but has not realized it yet.

What made you enter the metal mining industry? You are in the real-estate business.

"I have been dealing in Israeli sand quarrying business for many years through my private company. We believe mining is the group´s financial future, along with real-estate because the moment the global industry recuperates a bit – demand for ores is huge. In general, Liberia and Guinea are extremely attractive when it comes to mines and huge multi-national conglomerates have begun operating there. This does not mean there are no risks attached: at times of crisis, prices may decline – and costs always remain the same.”

How long will it take you to see profits from the mining business?

"In Tanzania, we expect it to be within one year, and in Liberia I believe within two years.”

Entering operations in a continent such as Africa is complicated. How do you do it?

"I worked in real-estate in many countries. Before entering a country you have to study it profoundly – conditions, regulation, qualifications for different types of permits. It takes months, sometimes a year, and it is true both for real-estate and for mining. You have to recruit good, experienced professionals for this task.”

At this stage, it is a matter of potential. What is the level of certainty in Liberia?

How will it operate in practice?

"We are organizing professional teams with project managers who have worked in this business for many years in Africa – including local employees and people from India, Holland and other countries. The will span hundreds of people initially and in the production process we will employ thousands.”

How will you finance this activity?

"We have received many applications from international financial entities interested in taking part in a funding consortium. Some even expressed their will to become partners. However, we haven´t decided yet whether we want to add partners.”

The African mining business is identified with exploitation of labor and is considered "dirty business”.

"I know what you mean and it is right mainly in the diamond business – this is where the expression ‘blood diamonds´ is derived from. Since the diamond business if prone to theft, they operate a very tough regime on the employees, leading to unpleasant things. When it comes to metal mines things are different and the employees mainly operate machines. In any case, risk of theft does not exist like in diamonds. Regarding wages – they are low – that is Africa and labor there is cheap.”

Engel was born in Zagreb, Croatia, and immigrated with his family to Kiriat Motzkin when he was two years old. He comes from an average family, parents who are hired employees without business aspirations, and a sister. Engel gained experience in business in the real-estate industry. In the early 70′s, after graduating from the Technion, he founded a small construction company that bore his name. "I set out as a small contractor in the Haifa area. I was a mechanical engineer and over the years the company grew and became Lagna Holdings. It wasn´t a single leap. There were small housing, commerce, industry, public building projects. For 15 years we were both entrepreneur and executor – and then became an entrepreneur only,” he says.

In 1970, Engel recalls, he and his wife lived in a rented shack near Kiriat Motzkin. "Later, like any young couple, we moved to a 60m2 apartment, then to a slightly larger apartment and later to Haifa, until we landed in Ramat Hasharon. I am not spoiled. Life was neither difficult nor easy – nothing out of the ordinary,” he says.

At the same time, the company began to develop and was issued on the Tel Aviv Stock Exchange in 1991. In the late 90′s Lagna entered massive operation in Canada and Eastern Europe – in countries such as Poland, Romania, Serbia, Hungary and the Czech Republic, among others – and became one of the largest real-estate entrepreneurs in the region. "We focused on housing and commerce enterprises. We did not trade in land – we initiated, constructed.
The company was very successful and it worked well. Its large value was generated between 1999 and 2007,” he explains. At its peak, the group´s property portfolio included some 20 thousand apartments. At the same time, the company continued to issue and raise capital. In 1997 it was issued on NASDAQ in Wall Street and in 2005 was issued on the AIM exchange, London. At the Boimelgreen transaction the company was sold at a value of NIS 600 million.

In his new real-estate chapter that began 3 years ago upon founding Engelinvest, Engel focuses on new destinations: India, Vietnam and Russia. His partner is the ex-owner of Tadiran Communications, Hezi Hermony, who holds 22% of Engelinvest, managed by his son, Ronen Hermony. "In India and Vietnam we have building rights form some 3.8m2 million, designated for housing and commerce. We also have another million square meters in Russia but there we are on hold. On the other hand, in India and Vietnam we are galloping full speed ahead. We identified potential there, during the year of the crisis activities slowed down there – but in recent months there has been a leap,” he notes.

Local banks have provided 50% financing and currently the group has begun establishing a 2,000 apartment housing project in Mumbai. The remaining available land is also designated for construction and is in various stages towards this goal. "This activity will produce billions. In India, we enjoyed Hermony´s 15 year experience in the communication business there,” he explained.

In the Israeli real-estate business the company is operating only on zoning plan 38 (the program to reinforce buildings from earthquakes) through Engelinvest 38, managed by Engel´s son. The company recently purchased A. Dory Urban Renewal Co. that promotes dozens of such projects in the Tel Aviv metropolitan area. The group recently announced it would invest NIS 100 million in financing and loans for entrepreneurs working on Zoning Plan 38.

Are you planning to issue group operations?

"We may issue further down the line, since the issue creates company value. In the meantime we haven´t formed a plan. If we do issue, the real-estate will be issued first.”

The last years´ operations have put you in another place with regard to the "wealth index”, does that influence you in any way?

"I am exactly in the same location – here on the 24th floor of Azrieli – and I feel good here.”, he laughs with embarrassment. "The most important things to me are my wife and children – not private jets, yachts, nothing, It doesn´t appeal to me. I don´t have any status symbols: I drive a regular jeep and live in a home in Ramat Hasharon.”


So then, what do you do in your spare time?

"Sport every morning – one and a half hours in the gym. I make a point of that. I also go on trips abroad and hike on foot with my wife in the mountains. That is our recreation.”