Jacob Engel, the Israeli businessman who made most of his fortune in the real-estate business records a significant exit from his operations in third-world countries.

Engel, according to an official report published by the buyer two days ago, sold the controlling share 51% of Elenilto Liberia Co. holder of an iron ore mining franchise in three of Liberia´s largest mines. Elenilto is a subsidiary of Engel´s private investment company, Engelinvest, that invests mainly in real-estate on the Russian market.

The company that bought Engel´s franchise is the Indian mining company, Vedanta, traded on the British stock exchange at a value of $6 billion.

Therefore, the sale of the controlling share of the franchise in return for $90 million – at a value of $176 million – produced a profit of tens of millions of dollars for Engel. The mines included in the franchise, according to Engel´s winning announcement made 18 months ago, contain at least 1.1 billion tons of iron ore. 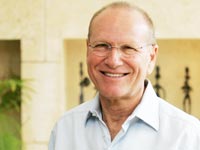