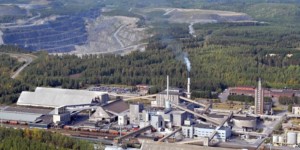 Wengfu is entering to the project as equity partner that will invest 40% of the required investments and will provide the management and professional services to the partnership jointly with Elenilto.
Elenilto is acting in 8 countries in Africa developing large scale mining projects that includes iron ore, copper, tantalum, coal, oil & gas etc. in the scope of billions of US dollars.